What is the scope of suicidal behavior in Middlesex County?

Rates of depression and attempts at suicide, along with calls for help to suicide or other hotlines, are fair measures of the potential for suicide. NSDUH, YRBS, and Search Institute surveys include questions about depression and suicide, although they are worded differently and use greatly varying time spans.

NSDUH asks respondents whether they have had one or more major depressive episodes in the past year. Nationally, 8.16% of teens (12-17) and 8.24% of young adults (18-25) answered yes. Connecticut rates were slightly lower, with 7.79% of teens and 8% of young adults reporting a major depressive episode. Middlesex County teens (12-17 years) are also asked about their feelings of depression through the Search Institute survey. Table A shows the percentage of students reporting that they “felt depressed most of the time or all of the time” over the past thirty days. The average was 9.57% for middle school students and 13.39% for high school students.

Table A. Past-30 day depression among students (%)
[table]
Location,Middle,High

Depression can lead to suicidal thoughts and suicide attempts. The NSDUH asks about “serious thoughts of suicide” in the past twelve months. About 6.5% of young American adults age 18-25 reported such thoughts, while their counterparts in Connecticut were about equal at 6.36 percent.

In Middlesex County, youth age 12-17 were asked in school surveys whether they had ever (i.e., in their lifetimes) tried to kill themselves. Their answers are found in Table B. A comparison of their depression and suicidal behavior is shown in Graph C. 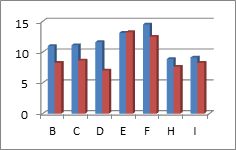 MCSAAC examined local students’ reports of depression and suicidal behavior in light of other risky or negative behaviors. We found no relationship between alcohol and drug use and attempts at suicide. The only behavior that appeared correlated, by school student body, was the number of youth reporting that they had threatened to physically harm another person. In other words, the more students reporting a suicide attempt at least once in their lives, the more likely the school included a high percentage of threatening behaviors. As shown in Graph D, Town I, with the second highest incidence of threatening behavior, is the only exception.

The consequences of suicidal behavior

United Way 2-1-1 handles both information and referral calls and crisis and suicide calls. In 2010 counselors handled more than 2,000 suicide-related calls statewide. By 2012 that number had risen to 3,400. In Middlesex County alone, residents made 1,451 calls categorized as “outpatient mental health,” including a subsection related to suicide.

Completed suicides are reported by the Office of the Chief Medical Examiner and as data, are offered by county and town or city. Middlesex County is ranked first suicide rate for the entire state (Table E1). A breakdown of suicides by town appears in Table E2.

Our capacity to address this issue

CNAW members are concerned that Middlesex County ranks highest in the state in suicides, and are particularly concerned about the rate of youth depression and suicide attempts. Staff was trained and began offering an early intervention program, QPR (Question, Persuade, Refer) in October 2012. Three towns immediately requested the program and it is spreading through the county.

Although calls to 2-1-1 related to suicide have risen dramatically statewide, the fact that Connecticut remains a state with a comparatively low rate of suicide may tell us that our interventions are effective. The Middlesex County United Way remains committed to funding the 2-1-1 helpline and MCSAAC will contribute in FY2013 to raising awareness of this resource.

MCSAAC is also involved in a countywide health coalition with potential funding from the CDC; our board is urging that their focus be “social and emotional well-being.” CNAW members rated our population’s capacity to address the problem of suicidal behavior at 3.7 on a scale of 5, the highest rating after alcohol.